While they may not make the headlines often, surgical errors are a serious and widespread issue that hospitals face on a daily basis. According to a 2014 analysis performed by the Patient Safety in Surgery Journal, between 46% and 65% of complications in hospitals occur during surgery.

So apart from hospital-acquired infections (or surgical-site infections), which already take a heavy toll on patient health annually, surgical errors also constitute a serious issue for all involved. Read on to find out more about various types of errors that occur during surgery and how hospitals can address these effectively.

The Costs of Surgical Errors to Patient Health and Healthcare

According to a number of studies, in the U.S. alone, all medical errors combined cause up to 100,000 deaths and cost up $17 billion dollars per year. Of these, a significant amount are related to surgery, as Patient Safety in Surgery Journal found. And globally, according to the World Health Organization (WHO), “complications after inpatient operations occur in up to 25% of patients.”

‘Never Events’ There are a variety of errors that can occur during surgery. One type are so-called ‘never events’–named because, ideally, they should never happen. These are also known as “wrong-site, wrong-procedure, wrong-patient errors” (WSPEs), and while they occur in relatively low numbers compared to the total number of procedures, they still happen often enough to be troubling.

For example, a study from John Hopkins University School of Medicine in Baltimore found that about 4,082 ‘never event’-related claims are raised each year in the U.S. In studying nearly 10,000 from 1990 to 2010, it was found that “mortality occurred in 6.6% of patients, permanent injury in 32.9%, and temporary injury in 59.2%.” Over the course of these 20 years, payments related to ‘never event’ claims totaled $1.3 billion. 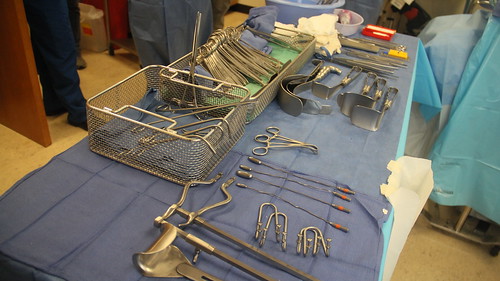 A second class of surgical errors is related to objects forgotten inside patients. Such objects (2/3 of which are sponges) create serious problems, and often lead to disabilities, severe injuries, and even death. These problems constitute a serious danger to patients, a challenge to the healthcare system, and a high cost to every hospital.

Hospitals lose millions of dollars yearly due to such cases. Studies suggest that such events occur between 4,500 and 6,000 times per year, with every claim costing hospitals between $100,000 and $200,000 on average.

With such high costs for both patients, hospitals and professionals, what are the solutions that hospitals can make use of in order to make real change?

In reducing surgical errors, there is a variety of solutions present for hospitals. These are related both to technological upgrades as well as changes made to surgical division procedures. It’s therefore up to hospital managers and surgeons to address those problems and making good use of available solutions.

In order to further reduce the amount of ‘never events,’ one approach has been aimed at raising awareness in surgeons. ‘Signing’ one’s site, i.e. properly marking the site that needs to be operated, is a way for surgeons to double-check whether the right type of surgery is being performed on the right site. While this approach did yield certain results, it was also often confusing due to the lack of a clear protocol.

Therefore surgical divisions have also adopted surgical checklists that cover an even wider range of items to be secured prior to, during, and after operation. The WHO Surgical Safety Checklist above is one such item that surgeons and their teams can make good use of.

Finally, in order to avoid cases of forgotten objects, surgeons and their teams are encouraged, as a minimum, to keep track of all objects that are used during surgery. More recent approaches include radio-frequency tags attached to objects, such as instruments, sponges, towels and others. By scanning patients prior to closing the incision, cases of object count-errors can be avoided.

Innovative healthcare solutions such as ADORA’s applications can help reduce and altogether avoid surgical errors in significant ways. These applications allow surgeons to plan their surgeries very thoroughly in advance. This includes highlighting important information about patients, such as things that stand out in their records or specifics related to their surgery in particular.

This information can then be displayed and made use of on the gesture- and voice command-operated application in the operating theater. Through it, facts such as the identity of the patient, the surgical site and the type of surgery can easily be checked. And these are only the basics.

ADORA’s applications offer surgeons the possibility to gain access to all information related to the surgery in an instant, without having to leave the sterile environment. In this way, surgical errors that occur due to stress, lack of information or misinformation are reduced significantly.

Though it may sound like a no-brainer, communication remains key to avoiding many surgical errors. Not only does communication matter in terms of following a procedure’s steps properly, but it also increases the personal responsibility that each member of a surgical team experiences. This sense of heightened responsibility and focus is also achieved by communicating with patient before an operation.

In other words, communication and teamwork can be serious and significant factors in tackling and avoiding surgical complications. All of this, along with technological and procedural solutions such as OR applications and checklists work together to create a hospital’s safety culture.

It is the responsibility of decisions makers, such as hospital managers and staff, to work towards mitigating both the numbers as well as the consequences of surgical errors. This results in better patient care, lower costs for the hospital, and a good reputation.

How Do You Avoid Surgical Errors?

What are the practices adopted by your hospital or surgical division in avoiding surgical errors? Which solutions, from technological to procedural and those related to teamwork, play the most important role? We’d be happy to hear your opinion!

Before ADORA I had to memorize a medical image. If I wanted to view other medical images I lost precious time because I had to leave the operating field. With the simple use of ADORA this is no longer needed. I can adjust image to view more details while staying next to the patient.
https://adora-med.com/blog/testimonials/211/
By using ADORA there is no need to wait for a non-sterile nurse to become available. I have fast and...

By using ADORA there is no need to wait for a non-sterile nurse to become available. I have fast and reliable access to patient information on the spot and there is no need to leave the sterile field and risk a surgical site infection.
https://adora-med.com/blog/testimonials/251/

This website uses cookies to improve your experience. We'll assume you're ok with this, but you can opt-out if you wish.Accept Read More